Dubai Sports City is a city progress in which over 50,000 people will live in the final development. In this complex there is already a cricket stadium, an 18-hole golf course, a tennis stadium and training facilities as well as a football academy.
An indoor arena according to international standards for more than 15,000 spectators is also to be built in the area and operated economically. vision4venue was contracted as the master planner. This multifunctional arena was planned for indoor sports including ice hockey as well as for concerts, events and other major events.
In addition to the usual business club, restaurants should also be capped about 100 VIP boxes, as well as a VVIP area for the ruling family, for around 500 people.
As is customary in the Arab world, besides kiosks and toilets, there are sufficient prayer rooms, oriented to Mecca.
In addition, there should be a separate, non-accessible part of the arena for female guests.
The architectural concept of the building structure and the roof is based on the form of the logo of DSC. The facade is also available in the colors of DSC. In addition to the planning, it was important for the customer to obtain a holistic solution approach from concept to implementation and long-term operation. With our interactive planning, this was impressively demonstrated. 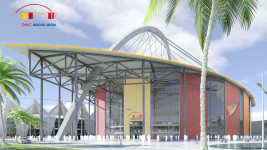 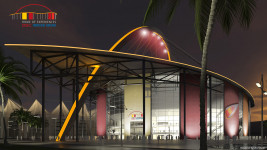 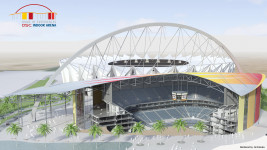 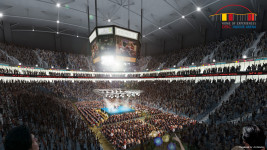 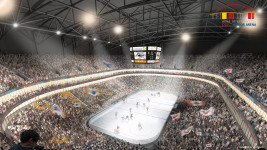 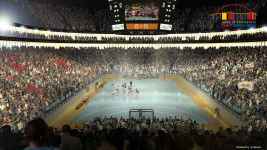 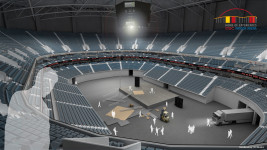 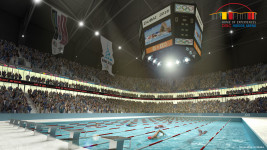