The aim of the project is to combine different uses in one building and make it work properly. The dream theater is a multipurpose and efficient building, which would host not only the traditional football, but also the possibility to divide the field into two parts, in order to have two events at the same time. Under the stands are located  a shopping mall with restaurants, a hotel and a business center, with offices to be rented. Lagos is a city where the water has a big meaning, it is around it and in it, it appears in different forms, from the river, to the port and between the islands. It is a symbol. This is were our idea starts to grow. We want to unify different people and uses under this symbol, the water, designing the roof with a form of a shell. This symbol, the water, is also to be seen in the facade, with its wavy panels, which simulates the movement of the fluid. The roof is the part of the building where the idea of the shell is more visible. We design it as a cable roof, with a compression ring that defines the external form and to where all the cables are fixed.  This is the base of a retractable roof: textile sheets are held by cables, and can be moved backwards and forwards according to the needs and the weather.

In the design competition, vision4venue won the second prize for its design concept. 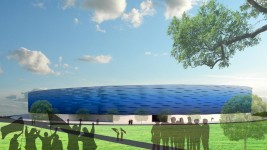 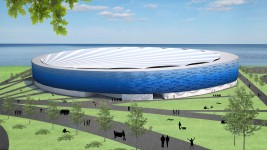 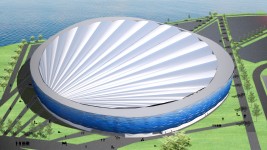 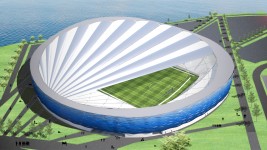 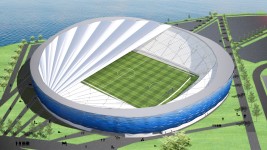 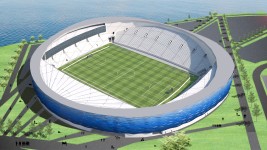